Also named Bucorvus cafer, the southern ground hornbill lives in small groups gathering up to ten individuals. This bird is dependent on big trees with hollow trunks, where it builds its nest. 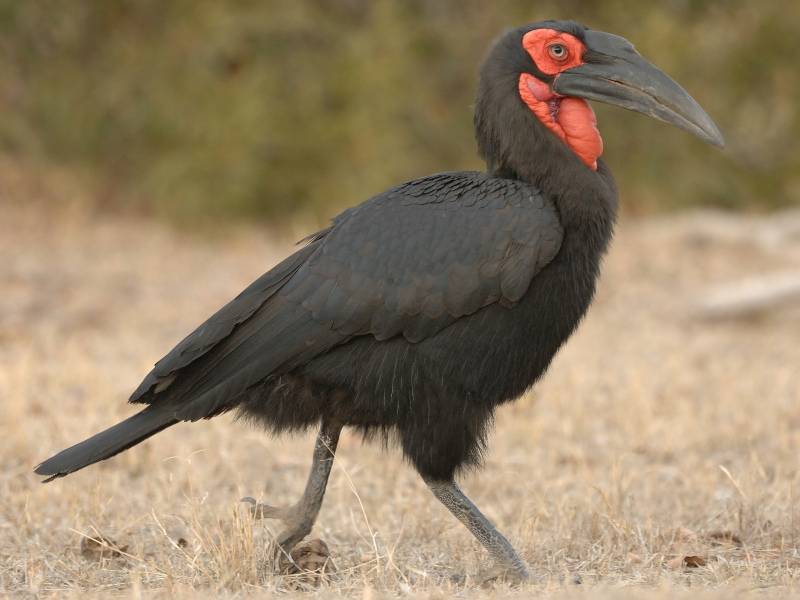 CClassified since 2010 as a vulnerable species by the IUCN (International Union for Conservation of Nature), the southern ground hornbill population has decreased during the last years. This species is mainly threatened by the destruction of its habitat, and therefore of its nesting sites.

Hunting, collisions against electric lines, illegal trade, poisonings, a low reproduction rate and the use of the hornbill in muti, the traditional medicine in Southern Africa, speeds up its decline.

Created in 1999, in Mabula, the Southern Ground Hornbill Preservation Project is actively trying to stop the decline of this species in the South African biome. For several years, the hornbill populations have been locally followed up, which has allowed to increase knowledge about the dynamics of these bird groups. Many young suffering from hunger due to a decrease in food resources are regularly collected by the program members and raised by hand. As soon as the young are old enough to leave the nest, they are released into protected areas. Similarly, in order to compensate for the lack of nesting sites, the team installs artificial nests in trees, hoping it will encourage the reproduction of the hornbills. An awareness campaign is also being carried out to interest local populations in the protection of these birds and to avoid their indirect poisoning as well as their use in traditional medicine.

The project is also studying the possibility of reintroducing individuals reared in zoos in areas where the species has become extinct. In this context, a genetic study is under way to determine whether ground hornbill populations in South Africa are identical or made up of different subspecies. 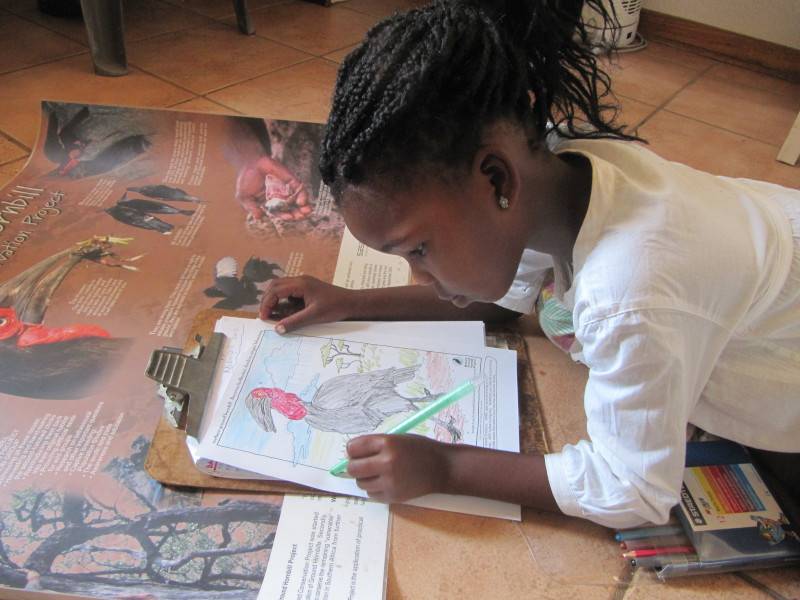