he bearded vulture is the biggest European vulture. Its name comes from the quiff of feathers it has under the chin. If it is today gliding over the Alps, the species has not always been observed there... 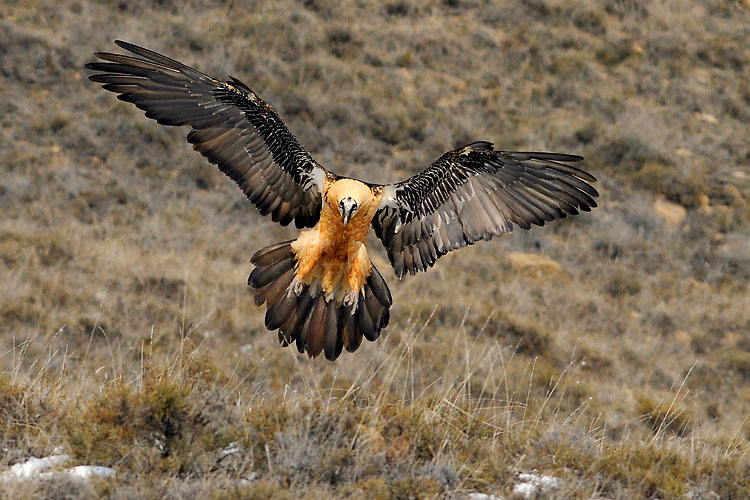 The modern obligation to dispose of animal carcasses has led to a strong decrease in the food resources available for the bearded vulture in Europe. To this phenomenon are added the degradation of its habitat and repeated poisonings, that have led to a constant decrease in its population.

Hunted and persecuted because of its bad reputation, the species has become extinct at the beginning of the 20th century in some French regions, such as in the Alps, where the last individual was shot in 1913.

Thanks to the mutual efforts of zoological parks and environmental organizations, the bearded vulture has been reintroduced in several regions, especially in the Alps, where 15 to 20 pairs nest today. However, the bearded vulture remains one of the rarest vulture in Europe: its population estimates (including the Turkish and Russian individuals) range between 600 and 1,000 pairs.

Since the 80's, the Vulture Conservation Foundation (VCF) has indeed initiated a project to reintroduce bearded vultures in the Alps. Thanks to the joint efforts of more than 50 European zoological parks that work for the reproduction of the species, the first releases occurred in 1986, in the Hohe Tauern National Park, in Austria, then in Haute-Savoie (a region of the French Alps), at the border between Italy and Switzerland and finally in the Mercantour (a region of the French Alps).

In 1997, the program won its first victory: a pair of reintroduced bearded vultures raised its first fledgling in a natural environment. 60 births have been recorded since, and more than 140 vultures are now gliding over the Alps. The regular follow-up work led on this population (inventory of the nests, sampling of feathers, behavioural studies...) shows that it increases. Thanks to this success and the experience gained, a new project of reintroduction began in 2005 in Andalusia, in the south of Spain. 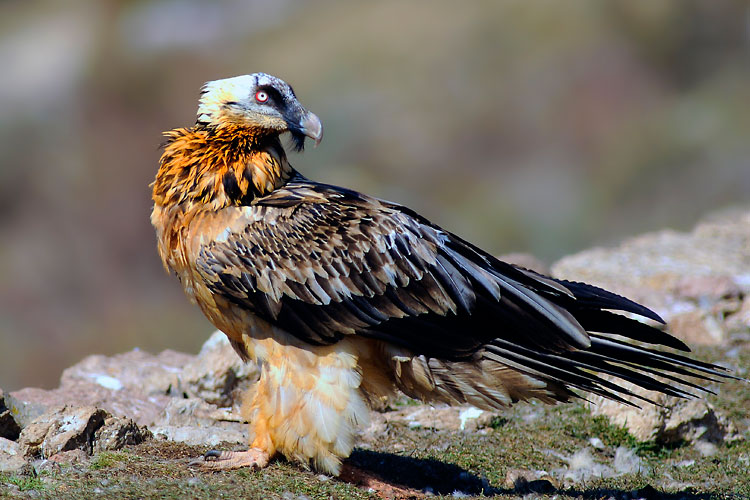 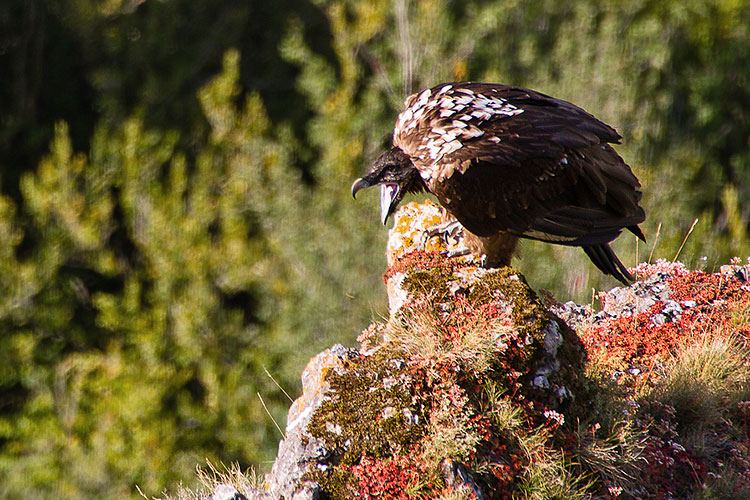 By establishing some ecological corridors that link bearded vulture populations together, the VCF is trying to ensure the expansion of vultures in all suitable habitats in Europe. The Beauval Nature association supports the VCF and works by its side to reintroduce the bearded vulture in Europe.