The tropical forests of Indonesia are home to several of the most endangered bird species on our planet. These endemic birds suffer from animal trafficking and deforestation that destroys the places where they live. 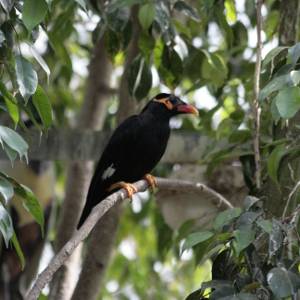 Many species have exceptional vocal abilities, which unfortunately results in them being prized by the local people who use them in song competitions, which are very popular in Southeast Asia. The Sumatran laughingthrush (Garrulax bicolor), the Nias hill myna (Gracula robusta) and the straw-headed bulbul (Pycnonotus zeylanicus) are some of these popular songbirds that are taken, and which are now in danger of extinction. Every year, thousands of these songbirds are captured to fuel this lucrative trafficking.

The project led by the Sumatran Orangutan Conservation Program (SOCP) plans to construct a breeding centre for songbirds in Indonesia with, initially, the implementation of a captive breeding program for the most endangered species of Sumatran songbirds such as the Sumatran laughingthrush and the Nias hill myna. The ultimate goal is to reintroduce the future generations that will originate from these first mating pairs back into the wild. An awareness campaign will be set up alongside the breeding centre to try and change the local population's attitudes towards songbirds. 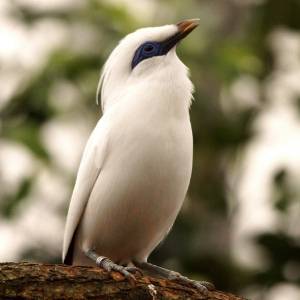